Just doing my civic vegan duty to announce to you all that Oreo have released limited edition oreos that have batman on them!

I know that America and (I think) Japan have oreos with Pokemon characters on them, so my hope is that one day they may make their way across the sea to me.

But for now I shall simply enjoy Batman Oreos. I mean they taste exactly the same – they have literally just added a little picture of Batman. But as quite the Batman fan, I find these way cooler than I should.

Overall: I need to get out more.

I know this may be a bit late to the game (no pun intended) as it did release in January this year. However, I am only now getting to the end of the game and thought now is as good a time as ever to discuss my thoughts on this game.

Do not get me wrong, I LOVE Kingdom Hearts. I love Disney, so the chance to play an action packed RPG game that explores the various Disney worlds is my kind of game.

The worlds in Kingdom Hearts 3 are actually really well done and really immersive. The previous games made the worlds small, usually based around one route that you could take so that no matter what you were always heading in the right direction. The worlds in Kingdom Hearts 3 however are large and interactive: You can actually explore your surroundings and can actually spend quite a bit of time just wandering around the various worlds. It is the stuff dreams are made of!

You can even take selfies! Which can lead to some pretty pictures and funny interactions with the various characters

The combat is also super fun. Granted it is quite a bit of button smashing, but as a player who cannot aim a weapon to save her life, the fact that I can just dance around the arena and spam the buttons makes the game so much more enjoyable. Kingdom Hearts 3 also adds to this by adding new combined moves that allow you to bring classic Disneyland rides into combat: thunder Mountain, the Carousel, Buzz Lightyear’s Blazer Blast, the Mad Tea Cups and more. They may be super overpowered in combat, but they’re so bright and fun it doesn’t really matter. It’s also nice to have a little bit of a change after the usual button smashing we are used to.

You can also go to new worlds that haven’t been featured before, and a lot more focused on Pixar films. You also have new summons, including Ariel, Simba, Wreck it Ralph and Stitch to name a few. The summons also make game play and combat that bit more exciting, and while none of it is overly difficult anyway, it’s just…fun. It’s such a fun game that you almost don’t care about the bad….almost.

The issue I have always had with Kingdom Hearts is the incredibly complicated story. I was with it at first: Bad forces are stealing hearts to bring sadness and anger to the Disney worlds. You – or namely, Sora – is tasked with the job of travelling through the various Disney worlds to banish the evil in them, return everyone’s hearts to them and save the Disney Princess who is currently being held captive by the bad guys so that they can be the vessels of darkness (I have paraphrased slightly, but that is my understanding of the game). Sounds great! Travelling around all the Disney worlds, meeting all of my childhood characters and exploring their worlds to save the day!

The story gets so confusing that I cannot even begin to explain it. I understand that once a person loses their heart, they become a heartless. But their heartless body becomes a nobody. Right, I’m with you there. BUT OH NO. Nobodies can then become somebodies (who tend to become playable other characters as the stories go on), such as Roxas or Namine in KH2. But these nobodies can have their own hearts which…means they aren’t nobodies? But they are someone else’s nobody? That’s as far as I get before I get lost and sadly that is only the beginning.

So. Many. CUT SCENES. Game play seems to last about 30 seconds and then I have to sit through 30 minutes of cut scenes, which only add more and more depth to an already complicated story so much so that I am completed disconnected from it all. Which is also why it has made it so difficult to get through the game: I have watched at least 5 hours of cut scenes, none of which I fully understood due to the story line. Don’t get me wrong, it is very pretty to watch and the cut scenes are clearly well made, but GOOD LORD, GET ON WITH IT. I do not care enough about this story to sit and watch a feature length movie about it all, that usually just makes me even more confused than before. It is really hard to get through the game, when all you want to do is progress and discover new worlds, but for every hour spent on the game you spend 45 minutes of that hour just watching cut scenes. 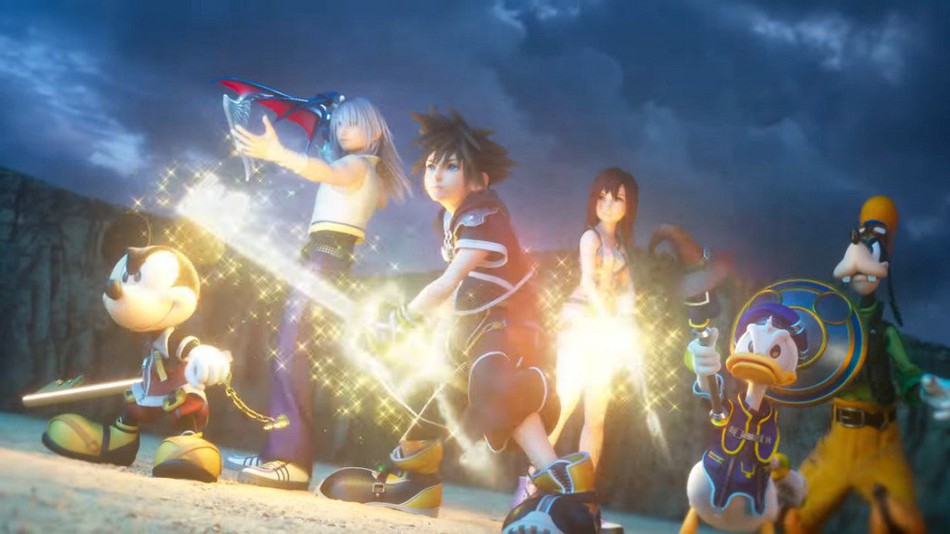 Sometimes less really is more. Get rid of the majority of the cut scenes, simplify the story that little bit and you would have a winner. Yes there are some die hard fans who lose their mind delving into the intricate details of the story, but for most of us we are here for the fun Disney aspect of it all: The characters are adorable, the game play is great fun and the story (at least at first) is enough to keep you guessing and tells a pretty concrete story. But when your ‘game’ is 90% cut scene, it might be time to rethink whether you are making a game or a movie.

What do you guys think about the new Kingdom Hearts game? Let me know your thoughts below!

Throughout history, films have always had an impact on society: In most cases, they act as a platform for social commentary by highlighting issues within society, usually in a very subtle manner.

One film I have only recently seen has highlighted all of the issues that we are now seeing in modern day society. This film won Best Animated Picture at the Academy Awards 2016 and I am still moved by how well this cartoon highlighted the issues that we see in society everyday. Zootoptropolis (or Zootopia as it is sometimes called) highlights very common issues that are very rarely seen in these type of films: ignorance, prejudice, social class and racial stereotypes were all hidden under the pretence of predators vs prey in a society where animals of all shapes and sizes live together harmoniously.

This film doesn’t hold any punches: It is fun enough for children to watch it and still see the message in a lighthearted manner, while adults watching it are hit square in the face with how real the issues are. Watching the film, it struck me how it is essentially the same old story of Us vs Them. In society there always seem to be two sides that are fighting over very old, ignorant and stereotypical issues.

In this film, the main character is the adorable Judy Hops, the first ever bunny cop. She herself is one example of how you as a person can fight stereotypes, as throughout the film she is called ‘cute’ because she’s a bunny, and people assume that she is too sweet and too meek to ever make it as a real police officer in the big scary city of Zootropolis. She highlights the use of language when talking to other animals and how we should all think about our terms of reference before we open our mouths.

The film also highlights the way in which people can manipulate our prejudices towards people that are different to ourselves. In the film, (spoiler alert!) some prey animals want to infect all predators with a toxic plant that causes them to resort to aggressive and carnivorous behaviours. Throughout the film there is the underlying concern that all prey animals have that the predatory animals could very easily eat them if they wanted to, despite the clear fact that animals have evolved beyond this basic instinct. While it may not be seen as realistic, it helps to show how our own stereotypes of how people have behaved in the past affects how we think they are going to behave again: For example, there is the racial stereotype that all Chinese students are super smart or that all black people are ‘thugs’ or ‘ghetto’. There is little evidence to suggest that any of these are actually true, yet we are all exposed to these stereotypes on a daily basis, usually unknowingly. This is highlighted more in the film when Hops realises that even though she meant well and thought she was being PC, by assuming there is a ‘them’ and an ‘us’ she offends one of her newest friends.

I don’t want to go on about this film and its underlying components because I know this isn’t normally what I write about. But in recent times, with all the horrid stories we are hearing at the moment about Muslims being terrorists and the sexual harassment women have to deal with on a daily basis, this film made me think a lot about how we are all viewing each other. If a simple animation made for children can highlight how dangerous and how corrupt this type of thinking is, then why can’t a society see this? All in all, this film is wonderful. It’s funny, it’s silly, it’s sweet and it has some wonderful life lessons that people of all ages can learn from. If you haven’t, I highly recommend it…it may even help you see things from another perspective, and that is always a useful skill.

This may appear to be too insightful for a review on an animated Disney film, but I found it to yell loud and clear that while we all may be from very different walks of life and no matter how complicated our history may be, we are all animals and we are all equal. We can only move forward and build a society where all are welcome, all are equal and all we do we do in harmony.

Mean Girls yet again with the truth…

What films have spoken to you guys? Has there been a film that made you rethink your priorities?