Just like the majority of the country right now, my lockdown has been spent playing the new Animal Crossing game on the Nintendo Switch. I grew up playing the Animal Crossing games and it is, to this day, one of my favourite games in the entire world. Now don’t get me wrong, I have never been the best designer but the game for me was always an escape. And now that the majority of the world is in lockdown, having my own virtual island to run around on and relax on has actually worked wonders for my overall mental health and helped me deal with the lack of control and cabin fever I have sometimes felt during this time.

Then along comes PETA. Just after the release of ACNH (Animal Crossing New Horizons) they released this article, advising people on how to play the game in a ‘vegan friendly’ manner. And I have some issues with this.

I am usually a big supporter of PETA: Yes they are not perfect, but the information they do put out (for the most part) can be helpful in educating yourselves and others on the vegan movement. I won’t get too into PETA as a whole organisation (I feel that is a matter for another post all together!) but as this isn’t the first childhood game of mine that they have tried to deter me from, I am not a happy villager: They have previously stated that the Pokemon franchise encourages children to capture animals and then fight them against each other. They even released a mock Pokemon game highlighting how dangerous and abusive the overall Pokemon game format was. If you want to have a look at it, see here.

Now I have an issue with this because PETA imply that we, as gamers, cannot be vegan. If you want to go virtual fishing, then you are not really vegan. If you enjoy fluffy cute Pokemon, you are not vegan. Which just seriously pisses me off. For starters, there is no such thing as a perfect vegan: No matter how hard you try there will be a time where you slip up or make a mistake and accidentally eat or buy animal products. I, for example, have the most horrific hay-fever known to man come summer and despite the multitude of different medications and alternatives that I have used, the only thing that works for me is bee pollen. Yes I am slightly disappointed about this and do always feel guilty, but then I realise that without taking this bee pollen I literally cannot breathe outside during hay-fever season – I once forgot to take it and it ended with me having seven nosebleeds in one day. Not fun.

But PETA are also suggesting that we are too stupid to differentiate between real animals and virtual animals. Yes, Pikachu is adorable, but that doesn’t mean I’m going to pick up my gerbil and keep him inside a ball for the majority of the day. Yes I enjoy fishing on my little island, but there is no way I would ever go fishing in real life. I can differentiate between the real world and the real implications of my actions on the very real animals of this world, and the virtual ones in video games. Yes I fish and catch bugs to pay off my mortgage debts to a raccoon and his two children, but if I was to try and do this in real life my mortgage lender would probably have me committed….or I’d get bitten by a wild animal and need a tetanus shot.

Now do not get me wrong, I know that there may be some people out there who can’t differentiate for whatever reason but if so I would rather they took out any aggression towards animals and people through a video game rather than in real life. I would very much rather someone spends hours a day fighting Pokemon against each other than buying dogs to fight one another in their gardens. I would rather people spent their evenings fishing for sharks in Animal Crossing or other virtual fishing games, instead of fishing and catching real fish down their local river.

My other gripe is that it suggests that what you do in video games is a direct reflection of who you are as a person: If you want to spend your day fishing and catching bugs on a deserted island with a bunch of animal neighbours, then you must want to do that outside in the real world too. But the whole point of video games is that they are meant to be a form of escapism, they are meant to tell us stories and show us a life that we would normally never be able to do. Just because I play Dead Space does not mean that I want to be an astronaut, just because I play GTA doesn’t mean that I want to become a mafia crime lord, and just because I like playing Harvest Moon doesn’t mean I want to open up my own animal farm. It’s make believe. It’s a game. It’s not real.

Now obviously there are exceptions, as there always are, but for the most part society is not all doom and gloom. Video gamers are not animal hating psychopaths, and vegans are not any less vegan because they enjoy alternative realities. Your actions in the real world are what matter, and it is in your day to day life where your conscious decisions make the biggest difference to the lives of animals and to the entire environment around us. Video games are not to be taken seriously, just as art and books and TV shows and science fiction films are not meant to be taken as literal forms of expression. Yes, these things can influence you, but that isn’t always a bad thing. The Pokemon franchise, from the games to the anime series and the films, are probably one of the biggest reasons why I am vegan to begin with: Seeing these little characters having their own experiences of the world made me stop as a child and think about how my pets may experience the world and then how other animals may see the world around them. Do I love the Pokemon games and go back to them on a regular basis? Of course. But am I going to feed my cat fire so it can use flamethrower? No, because I’m not an idiot, I know not to hurt animals and I know that Pokemon is MADE UP. As much as it pains me to say, Pikachu is not real, and I will never get to own a real life Vulpix.

So with that in mind, enjoy your games. Enjoy your escapism. Especially in a time like this, where so many people are in such desperate need for this type of escapism. Now if you will excuse me, I have to attend a birthday party with an eagle wearing glasses, a cat in a top hat and a pig in pearls. I cannot be late. They get very grumpy when you are late. 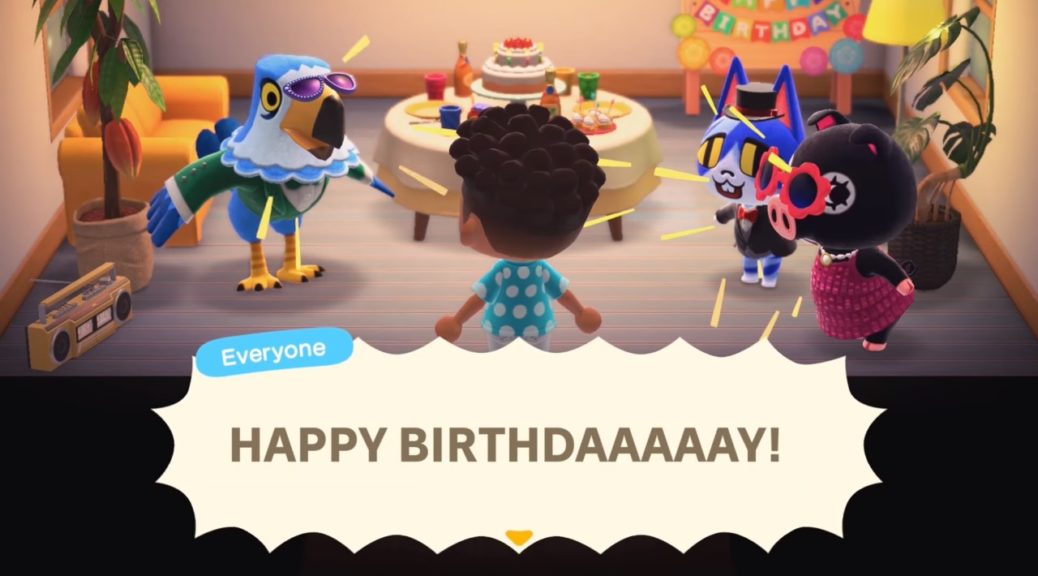 Published by Taylor Tries Her Best

I'm just trying to figure out this whole 'being an adult' thing...I'm doing my best! View all posts by Taylor Tries Her Best